November Launches of the International Year of Pulses 2016

November was a key month for GPC and it partners who have been working for months to prepare the launch of the International Year of Pulses. The United Nations officially launched the Year on November 10 in Rome and subsequent events took place during the rest of the month. In addition to these highlights, you can follow all the exciting pulse activities through our live tweeting @LovePulses 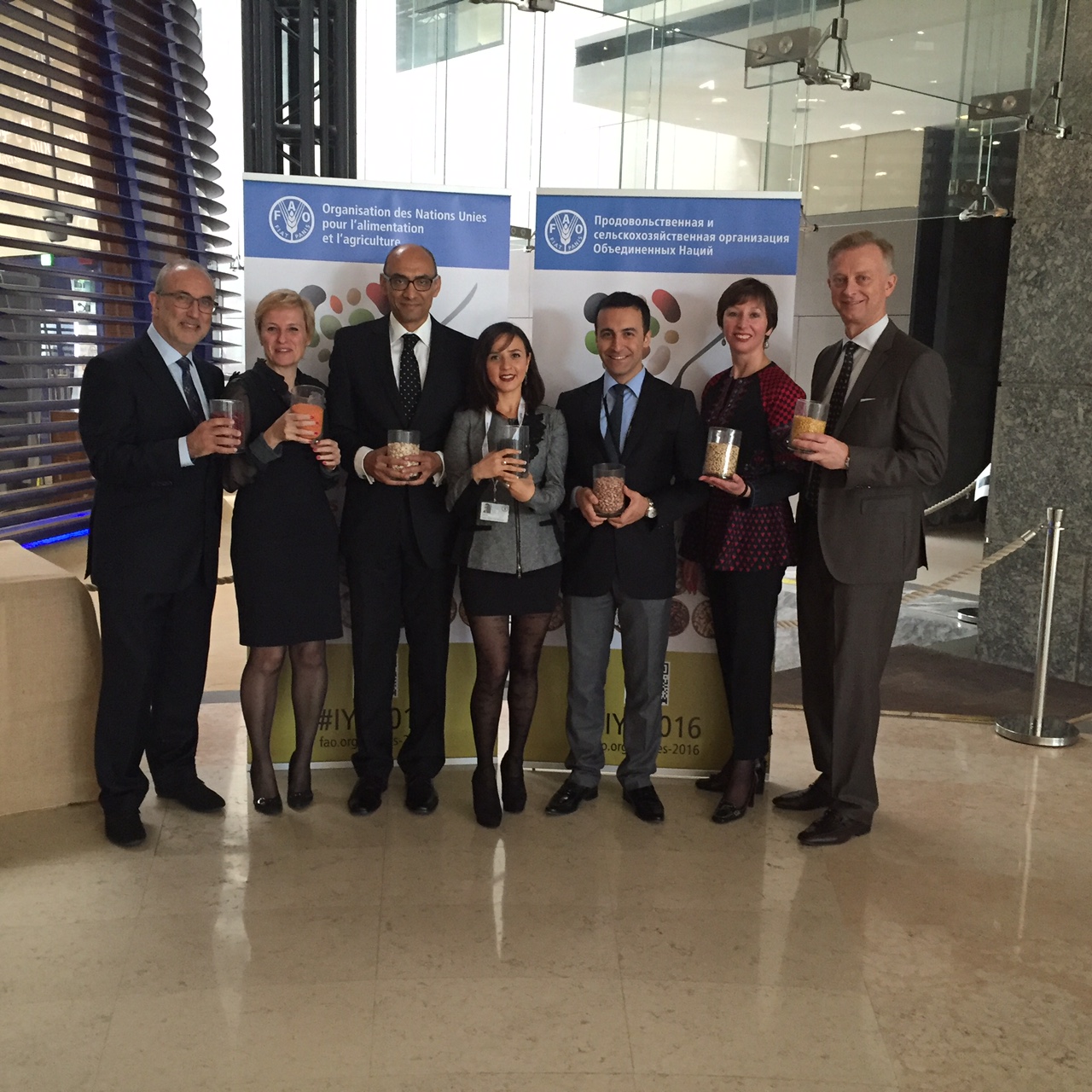 The United Nations (UN) officially launched the International Year of Pulses 2016 (IYP) at the Food and Agriculture Organization (FAO) in Rome, Italy. “Pulses are a nutrient powerhouse for the developed and developing world. This is why we are grateful to the UN and the FAO for declaring 2016 as the International Year of the Pulses. We hope this year will help put pulses at the heart of the discussions around the 2030 Agenda for Sustainable Development and the 17 Sustainable Development Goals recently adopted by the UN in New York and put pulses at the centre of people’s diets”, said Hakan Bahceci, Chair of GPC’s IYP Committee, GPC representative to the UN International IYP Steering Committee during his speech at the Opening Ceremony.

The FAO launch ceremony placed pulses at the center of food security solutions with the unveiling of the Year’s motto “Nutrition Seeds for a Sustainable Future”. “Pulses have a crucial role in sustainable food production and healthy diets and, above all, for their contribution to food security and nutrition”, stated FAO’s Director General, José Graziano Da Silva, in his opening speech.

Hakan Bahceci was joined with GPC’s IYP Committee members Gordon Bacon, Andrew Jacobs, and Katia Sambin at the launch event in Rome. The ceremony was followed by a pulse-based lunch catered by the permanent missions of Turkey and Pakistan. A technical workshop was hosted by the FAO that afternoon: “Pulses at the crossroads of health, nutrition and sustainable development”. The event highlighted the fundamental role pulses play in food security, nutrition and the environment.

GPC members then hosted over 40 guests at a pulse-based dinner in Rome. That same evening, the Dutch national committee hosted a dinner with their 40 “Pulse Ambassadors” marking the launch of the year in the Netherlands.

A luncheon took place at the United Nations Headquarters in New York City, hosted by His Excellency Michael Grant, Ambassador of Canada to the UN. Celebrating pulses and IYP, it brought together Ambassadors, the Assistance Secretary General of the UN, UN agencies, and a pulse sector delegation of 30.  Huseyin Arslan, President of GPC, spoke on behalf of the association highlighting the activities to take place. The goal of the luncheon was to mark the start of International Year at UN Headquarters where the General Assembly vote took place and provide an opportunity to share information, heighten public awareness, and encourage connections, as well as share a delicious pulse based meal.

In addition, the American Pulse Association, organized a media event to highlight the nutritional role of pulses to 100 journalists, bloggers and other influencers. Taking place at the Michelin-starred restaurant, Public, this dinner convened five famous chefs, who ran tasting sessions to demonstrate the versatility of pulses. The chefs were Alex Guarnaschelli from Food Network, Michael Solomonov of Sahav, Seamus Mullen of Tertulia, Sam Mason of OddFellows Ice Cream, and Brad Farmerie of Public. They created dishes such as: a lentil pumpkin-style pie with white bean whipped cream, split pea ice cream, and the US “National Signature Dish” Lentil & Cauliflower Taco recipe created by blogger Cookie and Kate. The chefs were alongside experts who spoke to key pillars that make pulses the future of food: Nutrition, sustainability, versatility and affordability/food security. Many attendees took the “Pulse Pledge” while at the event – a commitment to eating pulses at least once a week in 2016.

On the same day, in Africa, the Ethiopian national committee also launched IYP at the Ethiopian Pulses Oilseeds & Spices Processors – Exporters Association (EPOSPEA) yearly conference. This conference is organized together with the Ministry of trade and Alpha Trading Partners P.L.C. with the aim of attracting international buyers for pulse products and it is a yearly event. Hakan Bahceci represent GPC at the event and spoke about IYP.

On November 19, more than 150 researchers, farmers, food manufacturers and policymakers met at the New York Academy of Sciences to talk about the benefits of pulses for public health and the global food system. Organized by the Sackler Institute for Nutrition Science, in partnership with Bush Brothers & Company, this scientific conference, Little Beans, Big Opportunities: Realizing the Potential of Pulses to Meet Today’s Global Health Challenges, showcased the societal and environmental advantages of growing and eating more beans, peas, lentils and chickpeas and inaugurated the cycle of IYP international signature events. 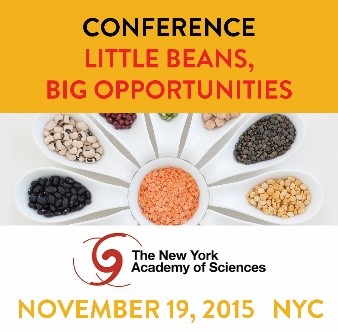 Supported with studies from around the world, Julianne Curran of Pulse Canada kicked off a day that highlighted the global significance and potential impact of pulses for human nutrition and agricultural systems. Pulses were cited for their role in nourishing children at risk of stunting during the first 1000 days of life, in reducing chronic diseases such as diabetes and heart disease, in combatting obesity, and in building a diverse microbiome. Speakers detailed the “big opportunities” for pulses including investing in further research on the health effects of eating pulses.

As demonstrated by the many events that have already taken place in November 2015, the International Year of Pulses will create a unique opportunity to encourage connections throughout the food chain.   To this end, GPC has partnered with over 20 organisations, including governments, research bodies, NGOs and academics to improve pulse research, production and consumption. And if you are asking yourself how YOU can promote pulses and IYP: join us for a Pulse Feast in January!